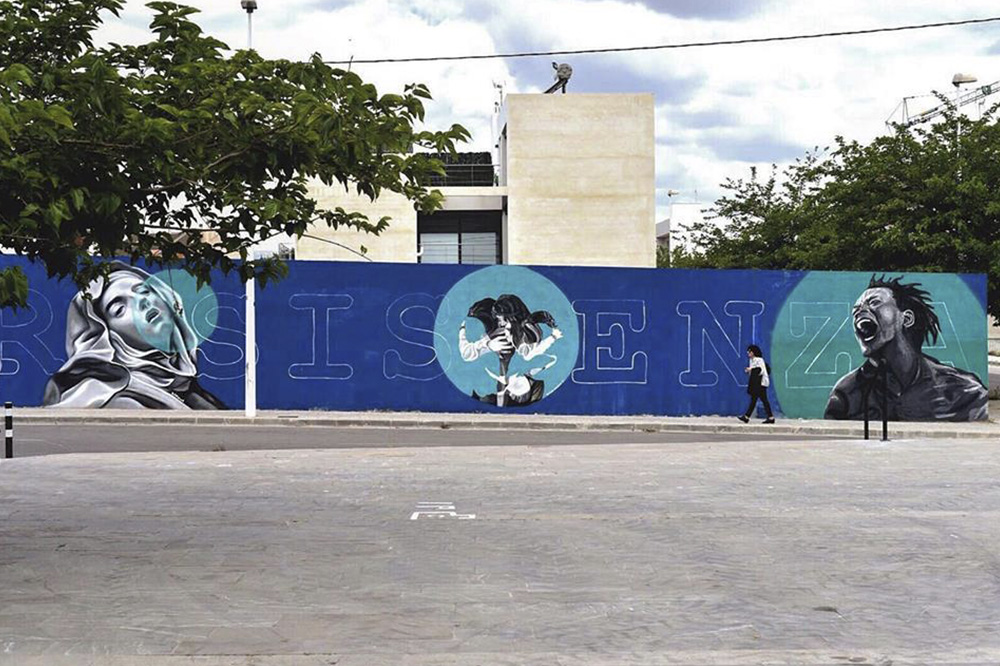 For this mural, the most elongated of the 2018 edition, the members of Wall Arttitude TMX and FLUG had the collaboration of the artist from Rome, Antonino Perrotta.

The mural, which also works completely, is the sum of three proposals of different style but the 3 monochromatic ones.

From left to right:

-The contribution of Antonino, a reinterpretation of “La Piedad invertida”, where we can see the potential of Antonino since painting transmits us as much as the original sculpture.

-The work of FLUG, an image of surrealist character where we do not know if there are 3 women embraced or the same in different positions, but that expresses restlessness and search.

-TMX illustrates the image of a man shouting, in this case it reminds us of the suffering of an illegal immigrant who pursues his dreams.

The 3 proposals are united by their composition, each one is accompanied by a large circle that is increased in size and with a word in the background, “RESISTENZA”, resistance in Italian.