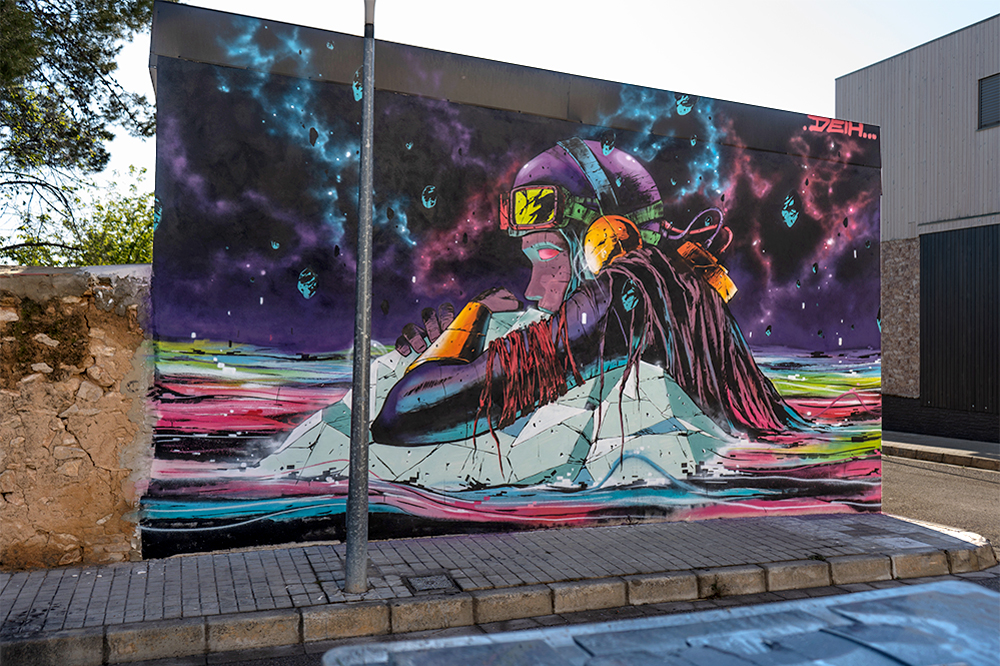 Valencia 1978. Since 2003 Bachelor of Fine Arts – San Carlos, UPV – Valencia and since then with an unstoppable professional and artistic career. One of the Valencian urban artists with the greatest projection worldwide. He has developed in mural painting, animation, illustration and comics, participating in many international exhibitions and festivals and holding workshops and conferences in both independent and institutional organizations.

Deih sees himself as a creative in general, although he opts more for drawing and mural painting. His style rides between the steampunk, and the comic. Currently, almost all his works belong to his project “The insider”, where Deih talks about his inner life and where he reflects on his personal relationships and himself. Use the codes that represent science fiction to convey and build a personal truth