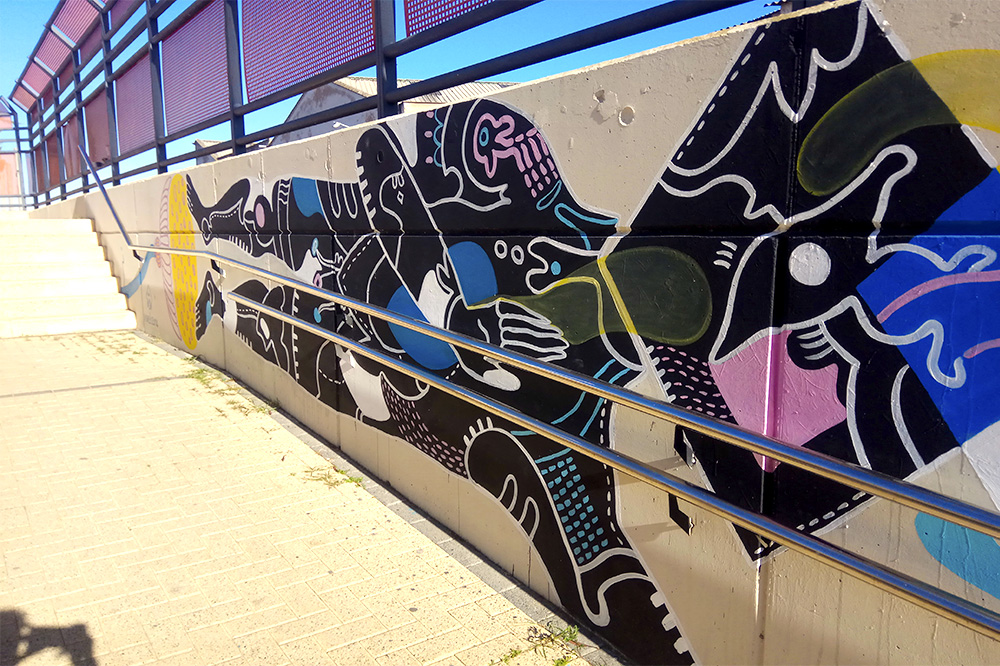 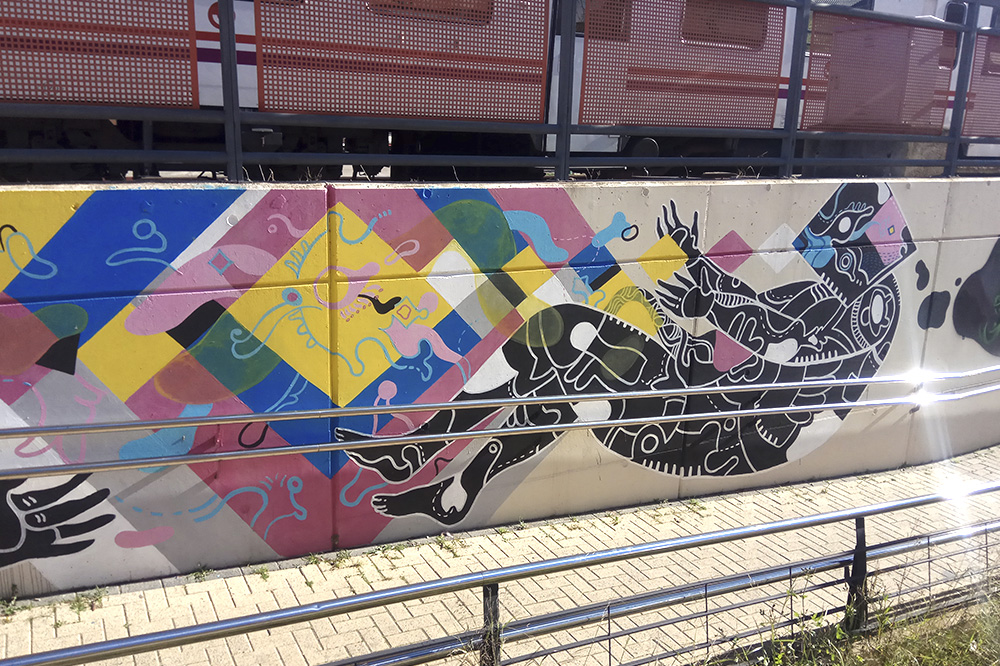 Disneylexia is one of the first international artists of the festival. This artist from Chile that lives in Valencia has a very peculiar and easily recognizable style.

Complex compositions loaded with color, lines and forms, his interventions are a gift to the viewer. On almost labyrinthine form he is capable of recreating figures by means of organic and geometric forms that evoke us to a tribal world. Many of his works had the aptitude to us resemble the Mayan or Egyptian art for the forms, the geometries and the bosses’ use.

Disneylexia use to use papers that later he paste, though for the festival he used the plastic painting. An inner world that sometimes goes with ironic texts.

This website uses cookies to improve your experience while you navigate through the website. Out of these, the cookies that are categorized as necessary are stored on your browser as they are essential for the working of basic functionalities of the website. We also use third-party cookies that help us analyze and understand how you use this website. These cookies will be stored in your browser only with your consent. You also have the option to opt-out of these cookies. But opting out of some of these cookies may affect your browsing experience.
Necessary Siempre activado
Necessary cookies are absolutely essential for the website to function properly. This category only includes cookies that ensures basic functionalities and security features of the website. These cookies do not store any personal information.
Non-necessary
Any cookies that may not be particularly necessary for the website to function and is used specifically to collect user personal data via analytics, ads, other embedded contents are termed as non-necessary cookies. It is mandatory to procure user consent prior to running these cookies on your website.
GUARDAR Y ACEPTAR