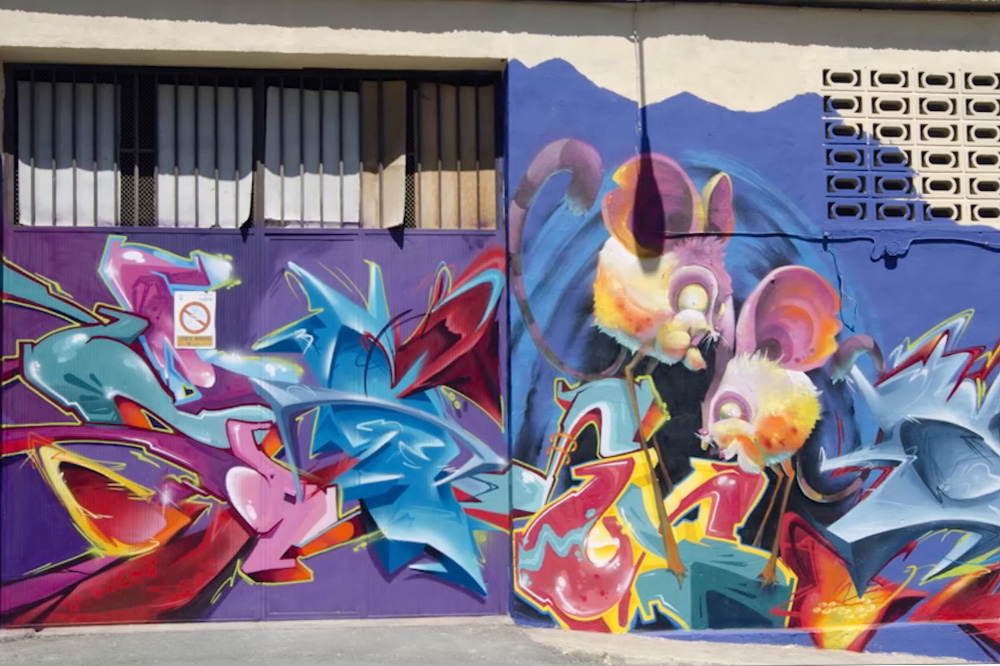 This crew is made up of Mr. Chapu Folk and Nels, recognized graffiti writers in the national scope that contributed to this generous entrance the prominence that it deserved.

A facade that ended with a piece with different styles that filled almost the entire facade of the building with color.

Wild Style, 3d and “kekos” that make up the word “ZURDO” almost indescribable by the multitude of strokes, degraded lines and shapes.

A colorful encounter for everyone who passes by and encounters this colossal piece.