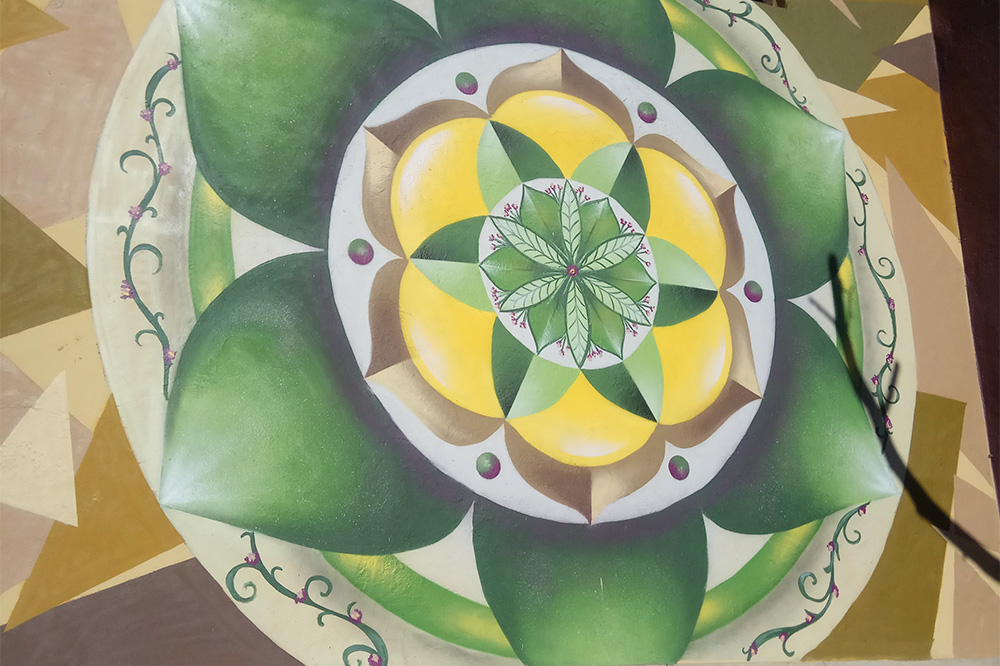 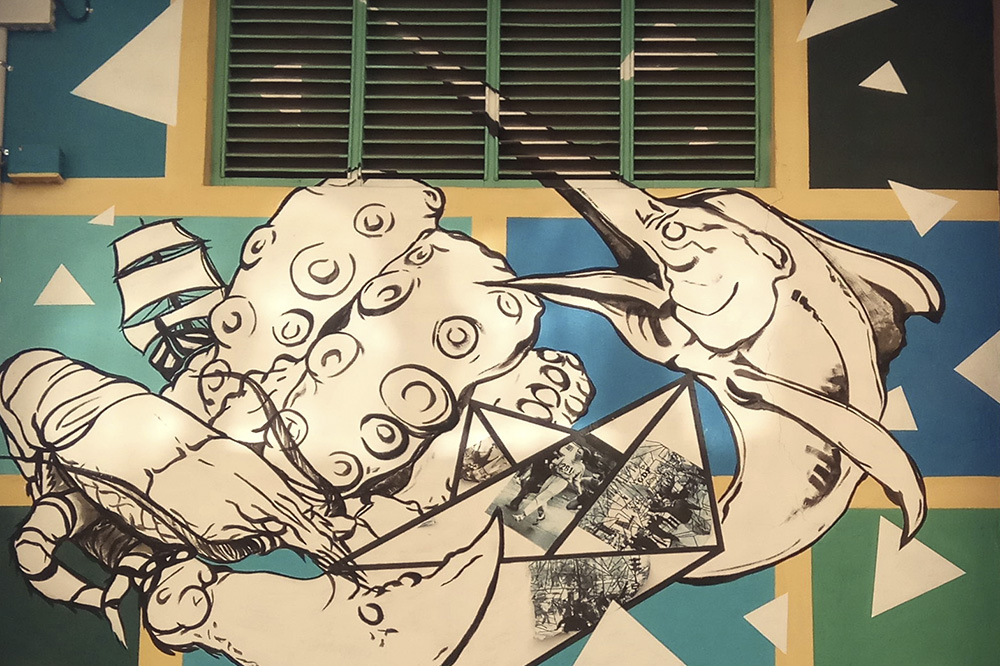 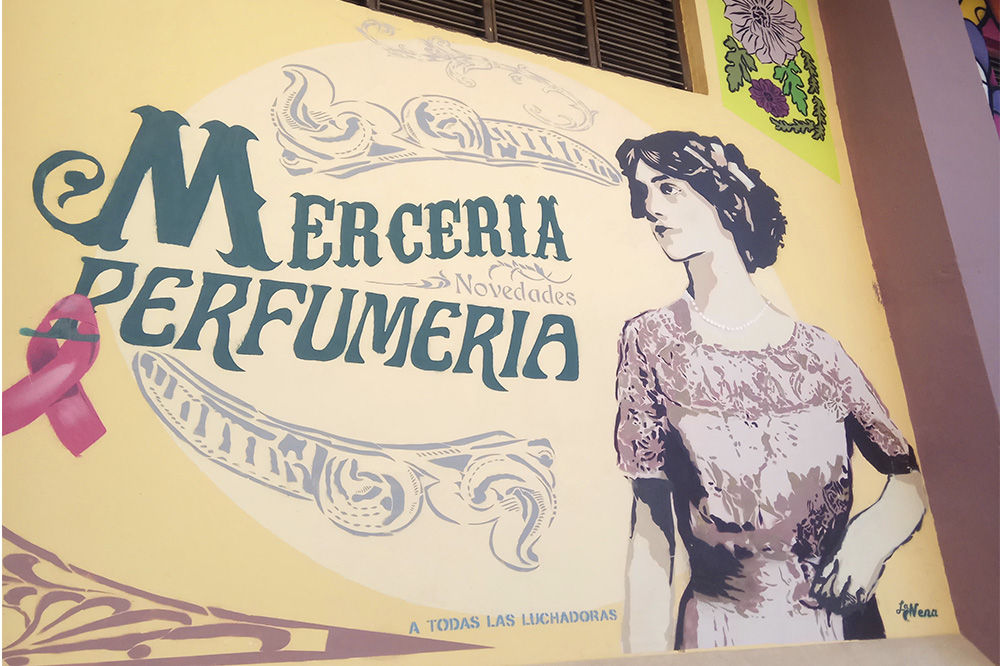 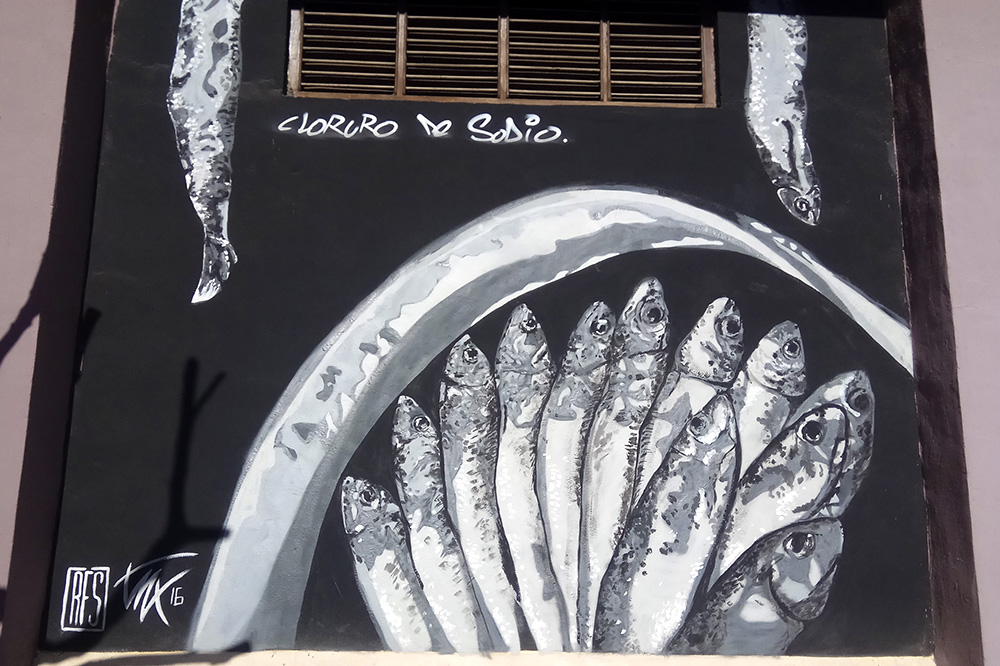 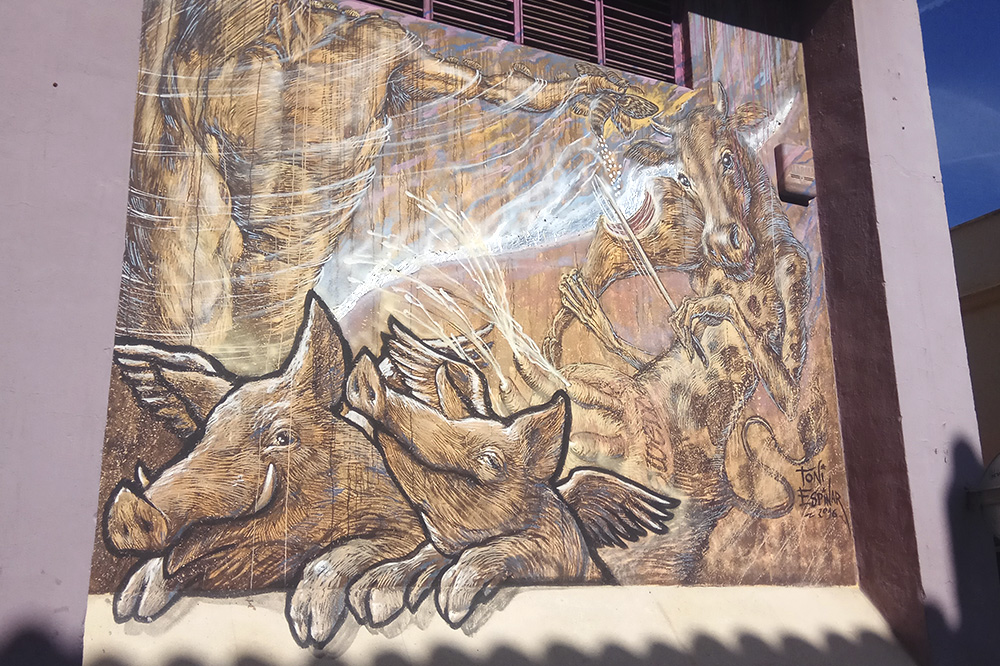 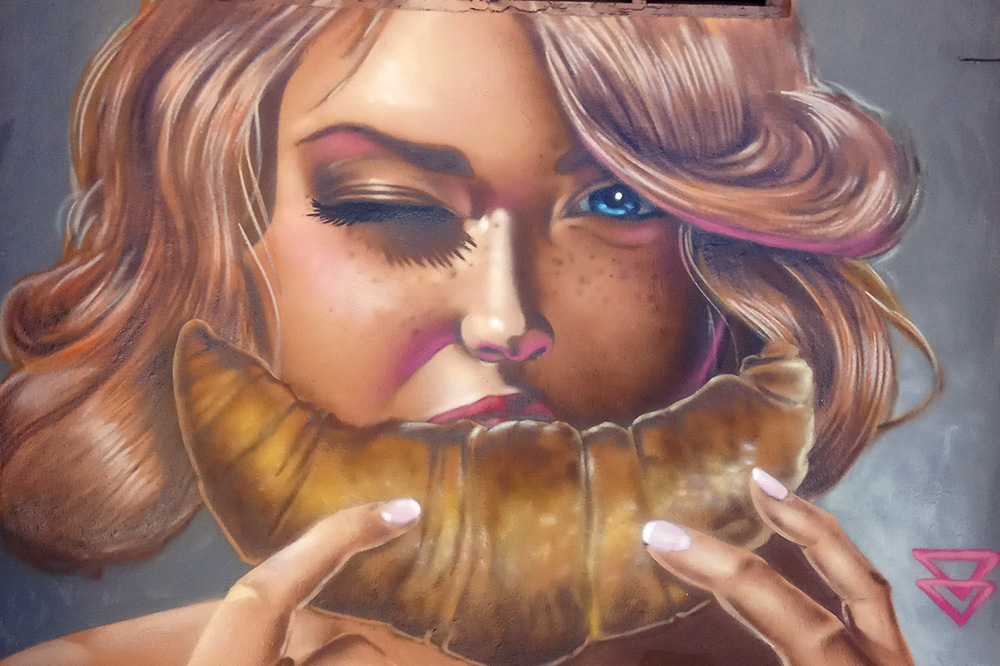 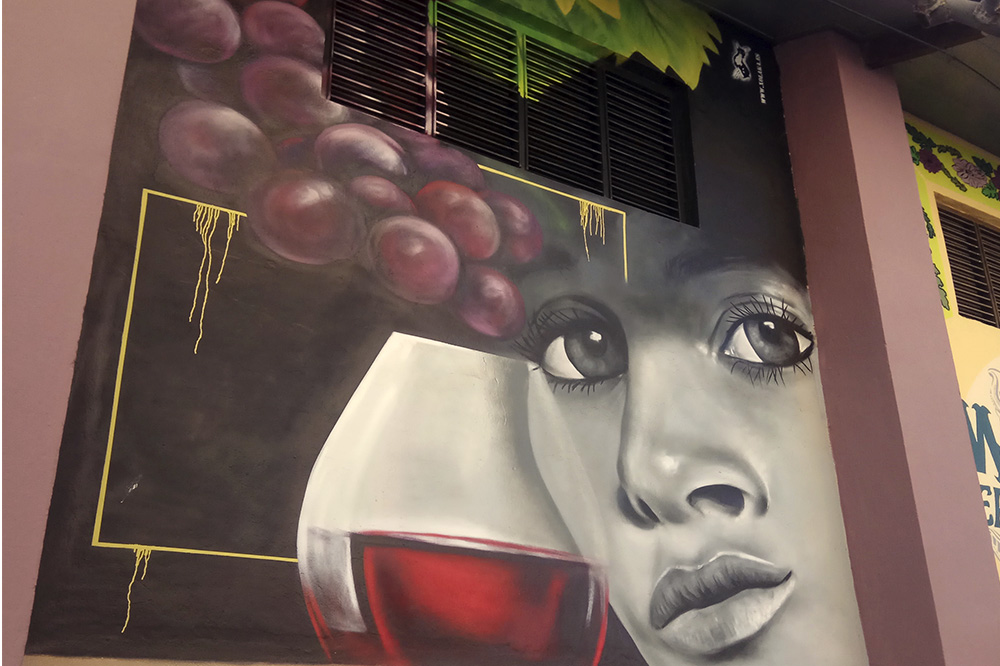 Wall Arttitude proposed to Cheste’s town hall the rehabilitation of his municipal market. There was realized a wall intervention of the wings of the market, which must be related thematicly to each of the places of the market.

For it the members of Wall Arttitude distributed the panels and the topics, staying the distribution like that:

She dedicated her space to the haberdashery and perfumery, remembering this way the labor of the woman, being this place traditionally managed by women.

This couple of artists usually works around the design of MANDALAS of great format, they realized one with floral motive, in reference to the florist’s shop.

He decided to represent the bakery and for it he painted one of his woman’s recognizable faces enjoying a handcrafted croissant.

He selected the fish market of fresh fish. Departing from the sea, he draws the representation of a fishing boat and a selection of alive fishes.

Though in his space also there differ some fished, this artist interpreted the place of saltings representing it with a motive of sardines, giving great attention to the composition.

In his case the butcher’s shop was the chosen place. first representing animals of the mentioned place, Toni used the space to give a message.

The liquors and drinks it was his subject matter, though he decided to centre on the wine because it is Cheste’s notable product and he did not want to lose the opportunity to honour it.

Taking advantage of his name, he choose the fruit stand. His intervention consists of the representation of different fruits from the zone together with the character who accompanies great part of his wall work.